For the love of a date.. 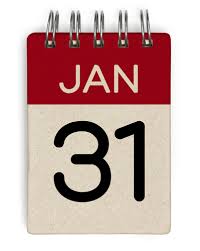 On Jan 31 1865, The thirteenth Amendment to the US Constitution abolishing slavery was passed by Congress.

On Jan 31 1915, Germany became the first country to engage in large scale use of poison gas in warfare.

On Jan 31 1966, The Soviet Union launched its first unmanned Luna 9 spacecraft as part of the Luna program.

On Jan 31 2014, Alexander Ivashkin, the Russian-English cellist and conductor passed.

Avoid the late submission penalties. Don’t get caught out. Get in touch now if you are struggling to keep up.

Get in touch Cancel reply